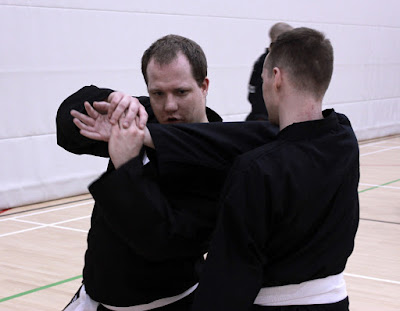 Practice makes perfect, right?  Well, not quite.  If the way you practice sucks, then you will suck too.  This is true for martial arts just like everything else.  The goal in martial arts training is to safely produce situations as similar as possible to the violent situations that the students are likely to encounter.  The reality of martial arts drills is that, without diligent effort, people will unwittingly fall into a number of bad habits for a number of reasons.  These reasons stretch all the way from trying to be helpful to fear, laziness, and lack of creativity.

I've practiced in various schools across states and styles.  I've gone to seminars for even more styles and trained with people from even more schools.  Regardless of where I go, I see people making these mistakes.

Awareness of these mistakes and the conscious effort to stick to the goal of drills (to develop attributes and skills to assist in dealing with real situations) is all it takes to avoid the mistakes.  So, let's jump into it.

First, for the attacker, they're training themselves to miss.  That's not a good habit.  Second, the defender gets an invalid picture of what an attack looks like.  Third, if the defender still tries to do the desired technique, it's likely to "be a bit off" since the relative position of the two people is not what would happen in a real fight.

Many times, when I'm the defender in situations like this I'll simply stay still.  I won't move...at all.  When the attacker gets a confused look on their face, as if I was the one that did something wrong.  I'll just look back at them and say, "See how masterfully I deflected your attack using nothing but the power of my mind?"  Usually that gets the point across...at least until they forget and slip back into bad habits.  Sometimes (when we're wearing gloves) I'll stay still on the first repetition just to make sure that they'll hit me if I don't move.  This is not only to verify that they are aiming properly, but it's also to reassure them that they won't break me.  This helps them get over the fear so we can get down to training properly. 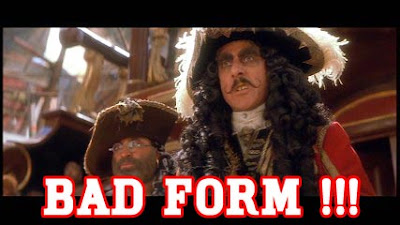 Even diligent students will fall into this when they're tired, but it largely comes from a way of thinking that focuses on the defender's execution of the technique rather than the entire scenario.

I see it all the time when people are supposed to be defending against a hook punch.  The attacker will, lazily, throw a straight armed hook (more of a close-handed slap, really), and the defender will do his thing.  Sure, defending against such an attack is easier than defending a real hook (even a "street fighting" hook), but is that what we honestly expect to run into...anywhere?  Maybe the attacker is being lazy.  Maybe the attacker is trying to make things easy for the defender.  Either way, this kind of thing is unhelpful.

Again, the attacker is training themselves to have bad form.  The defender is training against a straw man of a technique, giving them a false sense awesomeness.  Yeah, you parried every one of those slap punches.  Great.  If anyone ever slap punches at you, you'll be in great shape.

If I'm ever on the receiving end of a bad technique like this, I'll stop the person and say, "Come on.  Give me some energy."  I'll move around a bit, like we're in a fight.  That usually works for a while.  Keep up proper technique is difficult, but it's good for both partners to do.  Stand like you would stand in a fight.  Punch like you would punch.  Kick like you would kick.

Depending on the particular drill and sometimes even the style being practiced, the distance that the partners start off from each other may be unrealistically close or unrealistically far.  Both are bad.

If the attacker has to take a huge, lunging step to land a punch, then the people should start closer together.  Sure, the extra distance gives the defender the time to do all sorts of things, but realistically speaking an actual attacker will be closer and you'll have less time than in training.  That false sense of awesomeness creeps in again.

Some people will try to combat this by starting off really close together.  If you're working a grappling drill, this might be ok, but if you are doing any sort of striking drill, then there is such a thing as starting too close.  I have a rule of thumb as the defender in drills.  If I can hit you, then I am hitting you.

This means that if you start off close enough to where I can reach you without moving my feet, then I should be addressing the closeness of my simulated attacker.  This might take the form of an eye strike, shove, groin kick, or whatever.  Once the attacker takes a fighting stance, I'm assuming that the drill has begun.  This trains me to take action when someone close to me takes an aggressive posture.  I fancy myself as a decent fighter, but I don't have super-speed.  If someone is close, then I probably won't be able to block everything they throw my way.  I need that fighting measure, as Bruce Lee called it.

This situation can usually be alleviated by bouncing and moving around like in a real fight and then when the timing feels right, strike.  This will feel much less manufactured than planting your feet at a bad distance and doing the drill from there.

Never Mixing It Up 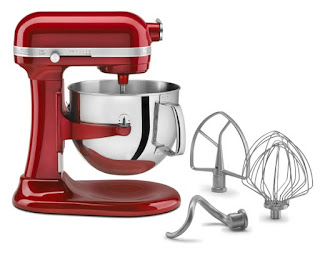 I've been at schools that only drilled against known attacks.  Even though the set of known attacks was vast, when the time came to do the drill the attack was known before it was executed.  There's a time and place for this, especially when first learning something new.  But, this may come as a surprise to some people, real fights aren't so predictable.

As Hock Hockheim has said many times, we have to avoid becoming drill masters.  Drills are good.  They provide a nice framework for us to learn on, but eventually you should throw that framework away and learn to flow with the situation.

I see this in students all of the time.  We'll work two drills separately: two different attacks, each with their own response.  When we then allow the attacker to choose between the two without indicating which one it will be, the defender will start to hesitate and "mess up."  Well, in a real fight, there are more than two options.  If you train to always know what's coming, how do you think you'll fare in the chaos of a street fight?  If you're honest, you'll agree that things wouldn't go so well.

This drill mistake is usually the fault of the instructor more than anyone else.  Drills should progress towards randomness until they look more like sparring.  The job of the instructor is to recognize where the students are on the spectrum from predictable to random.  Though, sometimes an instructor will allow randomness in a drill but students will settle into familiar grooves and end up being predictable anyway!

When training in martial arts (especially in self-defense), some degree of acting is required.  I'd rather not have my training partner actually stick his finger in my eyes.  Some techniques have to be simulated and then the receiver must act as if it had really happened (having some experience and knowledge is helpful here).

Much like the other mistakes, this is a mistake made by the attacker (the person on the receiving end of the defensive technique).  This mistake is particularly prevalent when drilling joint locks and throws.  Picture the scenario: the attacker takes a swing at the defender, the defender blocks and grabs the wrist, grips for an outside wrist lock, and ... before he has a chance to apply the lock, the attacker flips over onto the ground...amazing.

What happened?  The attacker gave the defender the benefit of the doubt and moved as if the lock had been put on in excruciating, violent fashion.  Who does this help?  Nobody.

First, the defender, again, gets a false sense of awesomeness.  They might be doing the technique all wrong.  They might have an incorrect understanding of how far to move before the lock is "on."  Second, the attacker is training to give in to the technique before it is a foregone conclusion.  There are early, mid, and late phase counters to most techniques.  Giving up early is a bad habit.

The attacker is also missing out on the opportunity to help refine the defender's technique.  I'm not saying to sit there and have someone crank on your joints hard and repeatedly.  But slowly go through the technique and resist long enough to know that it would hurt/injure you if they continued and went faster.

Don't be afraid of embarrassing someone because their joint lock technique isn't working.  Help them fix it so that it does work rather than help them save face in a safe environment of learning.  I'd rather someone help me save my life than protect me from some vague fear of embarrassment.  If the attacker is worried about being injured from repetitively being on the receiving end of a technique, then slow down and at least feel a little pressure...you won't break.  (If you will, then maybe you need to reevaluate your situation).

Without diligent effort, it's easy to screw up drills.  Don't be lazy.  Don't be afraid of embarrassing yourself or others.  Be realistic about the scenarios you're simulating.  Go at a speed that allows everyone to train safely and effectively.
Posted by Unknown at 9:46 AM No comments: